Lights… camera… action! These pretty much define what the Lenovo Vibe Shot is in a nutshell. We got one for us to unbox and review courtesy of Lazada, and we’re very happy to show you what we’ve got. Enjoy the video below. 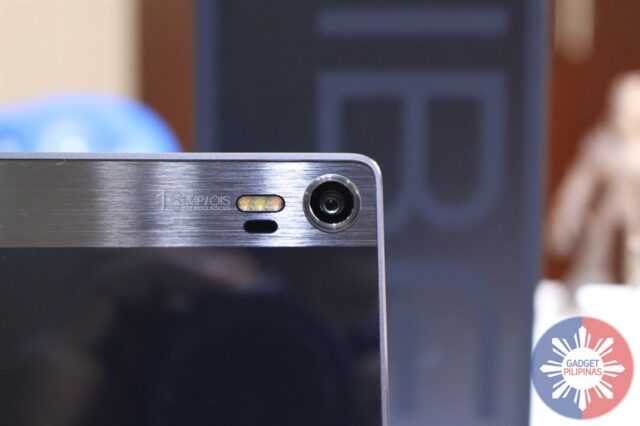 The device is heavily positioned for mobile photographers. With its photo-centric hardware and software features, the Lenovo Vibe Shot is likely to be picked by people who come in events and even those who always want to capture precious moments. The Vibe Shot is packed with cool features, which are normally found from several high end premium devices such as the LG G4 and the Samsung Galaxy S6. Hardware-wise, the device’s screen and back panel is protected by Corning Gorilla glass. Its unibody design and all-metal side bezel make it look really premium and robust. The real and surprising deal in the device are its dedicated two-step camera button and Pro-Auto toggle. It also employs a great sense of minimalist in its design philosophy and it transcends even to the software level.

It runs on Android Lollipop 5.1 with Lenovo Vibe UI on top. The latter is an additional flavoring to the already packed and highly optimized software from Google. Vibe UI adds several software features, which enhances the user-experience; and this cuts across all its settings from customization to security. Under the hood, the Lenovo Vibe Shot roars as it’s powered by a 64-bit Quad-core 1.7 Ghz, 3GB RAM and Mali-405 tucked in its Snapdragon 615 SoC. The device also supports LTE (4G) via its dual Micro SIM slots.

Following its design – yeah, it looks like a point-and-shoot camera from a distance – the device is packed with impressive camera hardware. It has a 16-megapixel rear camera with autofocus and tri-color flash. It also has an 8-megapixel front-facing camera that’s wide enough to tuck in 4-5 people in single shot.

Whether you’re a gamer or a mobile photographer, this device got you all covered! We just can’t wait to test this device a little bit further so we can give you an extensive user report.

There are, obviously, lots of contenders out there. The dominance of the ASUS Zenfone 2 is never fleeting, and it could probably last even longer than expected. Alcatel Flash Plus is still a crowd favorite; and the king of budget device with premium specs, the Cherry Mobile Flare X, is still a hot choice among consumers.