In the first Tomb Raider reboot, Crystal Dynamics and Square Enix took us to the adventures (and misadventures) of Lara Croft in her search for the lost kingdom of Yamatai. The game, which I completed for 13.8 hours, was satisfying in many aspects like story, graphics, sound and controls.

Tomb Raider’s story was highly immersive. The game made me understand her character and how she became a fierce and highly experienced adventurer, heroine and archaeologist.

2 years after the successful release of the reboot, Lara Croft returns with more angst and badassery in Rise of the Tomb Raider (ROTTR). The game was initially launched as an Xbox One exclusive last 2015, but was later made available to PC this February 2016. It is set to be released for the PS4 later this year. 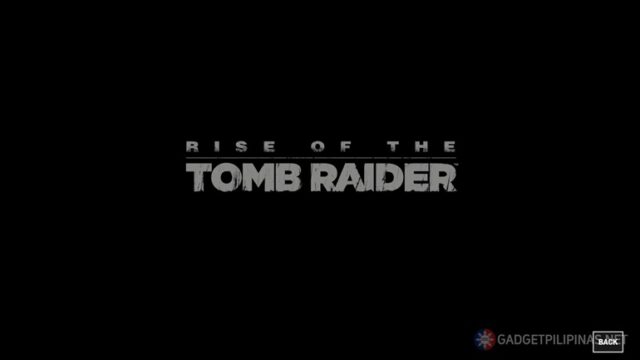 ROTTR is a direct sequel to the 2013 reboot. It’s set one year after the events at Yamatai. This time, Lara is determined to unearth the secrets behind her late father’s research about the lost city of Kitezh. I thought that Lara Croft should have taken the monicker “Lost City Raider” rather than “Tomb Raider”, but that’s beside point.

[From Polygon] Where are Sam and the rest of Lara’s friends in Rise of the Tomb Raider?
Kitezh (Ки́теж)
According to Kluev’s website (as transcribed to Wikipedia), Kitezh is a mythical city beneath the waters of Lake Svetloyar in the Voskresensky District of the Nizhny Novgorod Oblast in central Russia. Reference to Kitezh appears for the first time in “Kitezh Chronicle”, an anonymous book from the late 18th century, believed to have originated among the Old Believers.

Unlike the last Tomb Raider, ROTTR’s story isn’t as riveting and immersive than the former. I found its story a little pale because of the obvious cliches of “lost and found”, “sibling pressure” and Uncharted-esque inclusion of the paranormal. I wouldn’t go into details because this is supposedly a non-spoiler review. Don’t get me wrong though – I love the story, but it isn’t as good as the first one by my standards. Character development is one of the major strengths of ROTTR. If you played Tomb Raider, you will easily notice how Lara Croft evolved into a true-blue adventurer and tomb raider  in ROTTR. She is no longer that sweet little girl that was nearly violated by some scavengers in the first game. She, however, still speaks to herself and murmurs some “pabebe” words while traversing the snowy fields of Siberia. Jonah, her fun-loving and huggable sidekick is also back but his presence was only felt towards the last portion of the game. There are also new characters, but only a few resonate and are memorable when you finish it after more than 13 hours. Crystal Dynamics did a good job with the 1st Tomb Raider. This time, they simply followed the dictum “Quieta non movere”, or “not to disturb quiet things”. (Some know this as “If it isn’t broken, don’t fix it.”).

Get into combat. Loot. Craft. Upgrade. Raid. Repeat. These are the usual things you’ll grind when playing the game. These are, in fact, the same things you probably did when you played the first Tomb Raider. This time, however, the developers added more tombs to explore albeit too difficult to discover and access at the early part of the game. Complex puzzles are also introduced in game and are mostly embedded in the story. 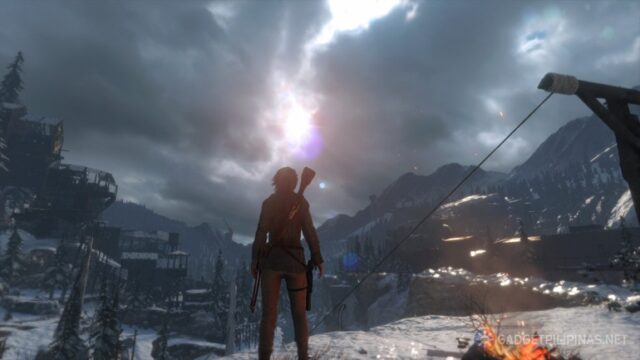 ROTTR also introduced a more diverse upgrade and craft system, which require certain number of items such as hides, metals, minerals and even plants. Lara can now craft healing potions and poison arrows using botanical items. She can also make bullets and create explosive arrows if she has the right number of metals and grenades. You can kill all types of animals in the game, which you can skin to create arrows or make new clothes that give certain attributes.

The game is semi open-world. Its level of being “open” is neither MGSV nor Shadow of Mordor level, but it’s “open” enough to let me get into combat in various ways. Should I go stealth to kill Konstantin’s (one of the main antagonists of the game) men, or attack them head-on? Should I climb a tree, and stealth-kill them from above (yes, you can climb some trees with branches now)? The game offers such possibilities, which made me enjoy the game for 15 hours. I have to say that Rise of the Tomb Raider is definitely one of the prettiest games released this year. Consequentially, its system requirements is insane. I played the game with the following specifications, but I still got dropped frames – 60fps on some areas that require low resources to 26 – 32fps at some areas in game.

Nvidia also prepared a summary, which will guide you on the optimized settings to run the game.

I was also able to play the game smoothly at LOW TO MID settings using the ASUS GL552JX with upgraded 16gb RAM.

Crytal Dynamics invested so much on improving the graphical details of ROTTR. Lara’s hair is much better and flowing now. Movement and facial expressions are fluid and look very natural. Draw distance is also equally impressive. There are also tons of PC-exclusive graphical enhancement compared to its Xbox One counterpart like additional tessellation, thicker and reactive foliage, higher rendering resolutions like DSR, GSYNC and Horizon Based Ambient Occlusion+ (HBAO+). The exclusive enhancements are added onto the game’s plethora of new improvements.

Check out a tech demo of the game, which details the PC-exclusive features on ROTTR.

Taking control of the most famous game heroine is such an easy task on ROTTR. It is one of the best aspects of the first game, and it still holds true on its sequel. Combine this with the game’s outstanding combat and exploration implementation, then you’ve got a game of the year contender here.

Lara moves in rich 3D space. Since we’re exploring tombs and vast environments, it is such an immersive and engaging task to play the game and complete it…. with a high level of satisfaction.

The game’s voice acting, sound and music are amazing as well.

Crytal Dynamics removed arena-style and PVP multiplayer on ROTTR. What Crystal Dynamics did was to give players a free-hand on “creating” expeditions,  repeat the segments of campaigns and compete with all the players’ performance worldwide.

Constructs of the expeditions or missions you create will be based on the cards you will lay out. These cards may be received by completing missions, gifts and purchasing via the marketplace. I didn’t like it, to be honest, but it’s a different take on infusing multiplayer on a game that’s story and campaign driven.

Hands down, Rise of the Tomb Raider is one of the best games I have played this year. Its story may not be as great as the first game, but it definitely made me love the franchise more because of its improved gameplay, graphics, controls and even sound. If you haven’t picked up this game, I highly recommend that you do so and try to binge-play it over the weekend. Oh yes, I’m telling you – it’s super satisfying to see Lara jump off and kick people’s arses.