So many (exciting) shows yet so little time to catch them all. This can be the perfect statement to sum it all up when it comes to Netflix’s newest TV programs which were launched last May 4 at the Green Sun Hotel in Makati.

With #ByahengNetflix as its official hashtag, the world’s leading internet TV network made sure that the event was an affair to remember. Just to give you an idea, members of the media were in for a themed occasion as Netflix unveiled its exclusive contents such as:

Netflix arrived in the Philippines earlier this year with around 80 million subscribers worldwide since its inception in 1997. To date, Netflix carries hundreds of TV shows, movies, feature films, and documentaries to satisfy the needs of every consumer.

Fancy binge-watching all these programs? Head over to www.netflix.com to register for an account. 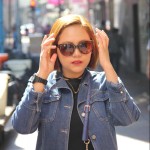 Alex is the girl behind Queen Sica, a blog that documents her personal endeavors and high-end fashion stuff. A graduate of AB Journalism from UST, she aims to write for Nina Garcia and sit beside Anna Wintour during Fashion Week. Follow her on twitter: @iamalexthegreat.

Huawei’s Petal Search is a Quick and Convenient App Tracker