At yesterday’s event held at the Peninsula in Makati, Twitter announced its partnership with Philippine telcos for providing daily entertainment updates onto its platform Twitter Lite in order to help more Filipinos stay updated and become part of the global conversation. The partnership will extend the benefits of Twitter Lite to as many as 20 million subscribers, including those who live in rural areas. Smart Communications in particular, will be promoting Twitter Lite through the Opera Mini browser, as well as a customized timeline and data packs through SMS promotions.

Twitter Lite provides a faster, efficient, and more accessible mobile web experience for Filipinos. With the use of Progressive Web App technology, Twitter Lite gives you up to 70% data savings, 30% faster launch times, and takes up less than 1 MB memory on mobile devices.

Subscribers will receive an SMS alert with a link to the special curated timeline on Twitter Lite for live updates on Entertainment in the Philippines. 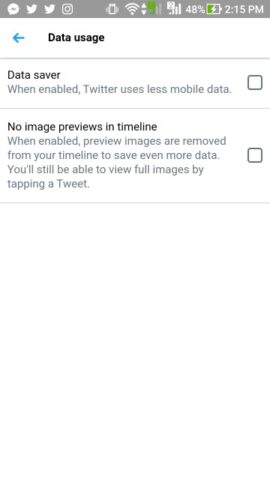 Users can enable data saver mode on Twitter Lite to enjoy real-time Entertainment content in an affordable way at any time and reduce data usage by up to 70%. In this mode, users will only see a preview of images and videos before choosing which ones to fully load. On the Android platform, you won’t be missing out on the latest updates as you can get push notifications to what’s happening in your Twitter network or what people are talking about in local and global sports and entertainment scene.

Even when you lose connectivity (at least temporarily), Twitter Lite will have offline support, so you won’t be interrupted while enjoying the latest updates in the specially curated Twitter timeline.