OnePlus had set a gold standard for high-powered flagship devices with its OnePlus One, 3 and 3T. They put a remarkable dent in the industry by bringing flagship quality at a highly affordable cost.

In the Philippines, OnePlus has been gaining a lot of traction and following. In fact, a quick research on Google Trends showed that OnePlus’ search query trend is consistently growing.

It isn’t anything close to ASUS‘, but it goes toe to toe with Meizu.

The wonder of OnePlus isn’t exactly caused by any over-the-top marketing efforts. The brand only relies to their distributors in the Philippines – both official and unofficial; so whatever success they have been getting is purely fueled by organic fan base and love for the brand and the devices they produce.

A few weeks ago, WidgetCity sent us a review package of the 128gb variant of OnePlus 5, their latest iteration of the OnePlus series. Widget City sells it for PhP28,990, a tad cheaper by PhP2,000 versus Digital Walker’s official price. For the record, the latter is an official distributor of OnePlus, so the additional premium covers warranty and service facilities, which they can provide to their clients.

Check out a VOD of our live unboxing on Facebook.

The overall look of the OnePlus 5 is very much similar to OPPO R11. If you ever wonder why the OPPO R11 is not yet officially available in the Philippines, it is probably has something to do with market positioning and sales strategy by BBK Electronics, the parent company of both OPPO and OnePlus. This is, obviously, just a hunch so don’t take this as gospel truth.

A design and looks that last

OnePlus 5 doesn’t have a striking and unique design, to be honest, but it gives off a face that deserves a second look.

All the necessary buttons are located on both sides: sleep/wake button on the right; volume rockers and a mute/unmute switches on the left. Props to OnePlus for including a switch that allows us to change the phone’s notification settings to silent and priority at whim as we found it very helpful in most cases.

The phone just feels and looks as advertised. Its anodized aluminum back panel and metal switches give users additional peace of mind. It also has Gorilla Glass 5 screen and ceramic-coated fingerprint sensor. These are protection technologies you don’t usually find on other flagship devices at similar price point.

While there are accessories available at official OnePlus retailers in the Philippines, the lack of free case out of box is a bit of a letdown. Why can’t most of the brands that sell flagship-quality phones do this?

OnePlus 5 has the most advanced and sophisticated systems-on-a-chip from Qualcomm. Powered by a Snapdragon 835, this device just blows when it comes to performance. We know that there’s a bit of controversy regarding OnePlus’ alleged bloating of benchmark results, but we had to otherwise do our tests. There is no explanation or whatsoever for the company to tweak their settings to show high benchmark scores. During our tests, the device still proved to be the most powerful one among all the phones we tested.

We played games such as Last Day on Earth, Marvel Future Fight, Marvel Contest of Champions and Mobile legends, and never did we experience any slowdowns. Everything worked fluidly as expected, and having this phone around for gaming and even for productivity purposes give a pleasurable experience.

For the geeks, you need the following data presented below for further reference. Enjoy.

Combine all these with a custom operating system, OxygenOS, that sits on top of Android 7.0, then you get a smartphone experience like no other. The latest version of OxygenOS shows the fruition of OnePlus and its software developers of their continuous refinement of the software. Time and again, OxygenOS, has been regarded as one of the best performing operating systems in the market.

Performance isn’t just the best thing about OxygenOS. Its ultra minimalist interface and the overall experience make it stand about among other OS.

As one of the highlight features of OnePlus 5, its camera set, unfortunately, only falls into our “acceptable” bucket. Photos I took under good lighting conditions lack saturation and contrast.

Taking selfies was a hit and miss too.

Don’t get me wrong: the photos we took didn’t look bad; they just look ‘ok’, therefore ‘acceptable’ by our standards, which is a little disappointing because OnePlus seemed to have focused their attention more on clarity rather than color reproduction precision.

Its portrait feature has some space for improvement as well. Blur is software generated to create the bokeh effect. Thankfully, because of emphasis on ‘clarity’, photos we took with this feature enabled is clear albeit a little lacking on color.

A connectivity powerhouse and energy efficient

The flagship smartphone isn’t just packed with the best hardware to power it up; it also has the good set of essential connectivity features: Bluetooth, NFC, dual nano 4G SIM slot and USB Type C. I guess the only drawback here is the microSD slot for expanding the memory, which may be essential for those who will get the 64GB variant.

The device also has a 3,300mAh battery, which in our tests performed well and long enough to be used for more than 8 hours in a single charge at moderate usage. The smartphone is only 7.25mm thin, and it is almost too impossible to have a battery with that size to fit in it. Still, we live at a time when battery technology is far too advanced compared to what it was before.

Speaking of battery technology, another flagship feature of the OnePlus 5 is Dash Charge, is another derivative of Qualcomm Quickcharge. What OnePlus did was they infused their technology with Qualcomm’s, thereby optimizing and improving it further. Using its included battery charger, it can charge the battery to 88% after an hour of charge. You get more than 50% after a half-hour charge. Even OPPO’s VOOC won’t probably be able to keep up with this.

Grab it while it’s available

If you’re shopping for a new flagship smartphone and you’ve got less than PhP30,000 to spare, this is the one you should consider. It’s stunningly fast, good battery life and has amazing software performance!

However, the absence of IP68 certification, underwhelming dual camera output quality and lack of memory expansion slot taint its perfection to make it THE ONLY option you’ve got for a flagship smartphone. 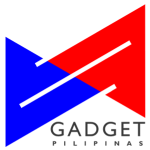 OPPO Announces Warranty Extension Program for All Users and Dealers